No Cover Image for First Issues 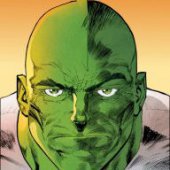