Comic Books or Magazines ... How to Decide? 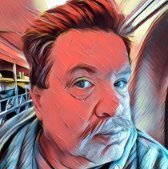